← back to
Infrequent Seams
Get fresh music recommendations delivered to your inbox every Friday.
We've updated our Terms of Use. You can review the changes here. 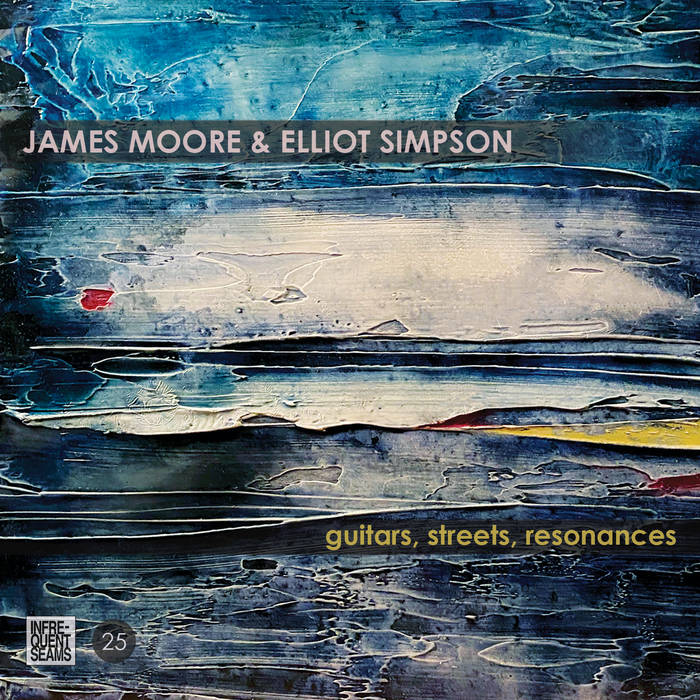 8 fermentations… was written over the course of two weeks in Northampton, MA, where my partner, the musicologist Amy Beal, did research in the Smith College archives, and in Washington, D.C, at the Gallaudet University library, while Amy worked in the Library of Congress archives. I used my Parker Fly guitar to work out fingerings, tunings, and various possibilities, one “fermentation” at a time.

The piece has a story. While I taught at Dartmouth College, my colleagues Christian Wolff, Charles Dodge, and I had a tradition of eating lunch together about every two weeks. These bi-weekly lunches became an important fixture in our lives.

After teaching at Dartmouth for 23 years, I took a position at UC Santa Cruz. Before I left, at one of our lunches, I suggested to both Charles and Christian that they write me a solo guitar piece. I had performed a lot of Christian’s music, some written for me, most written for ensemble (like the Exercises). Christian obliged me quickly with a tricky but very Christian Wolff-y solo work called Going West, which I’ve played a number of times in California.

Charles, by this time, had more or less stopped composing, turning his attention and passion to winemaking, starting a company called Putney Mountain Wines, which makes wines from Vermont fruits. I’ve always been an admirer of Charles’ music and intelligence (not to mention his rhubarb wine!), and I occasionally and gently reminded him to write a guitar piece. I was, admittedly, greedy to have a piece by him for my own instrument.

Charles had previously told Christian and me that he felt he couldn’t compose anymore. A short time later, unexpectedly, he handed me a single page of score paper, with a melody for guitar, a set of tunings, and a suggestion for the form of a piece, which entailed gradually retuning the guitar over the course of the work from one harmonic series to another.

This became the “sketch” of 8 fermentations, adapted for 2 guitars, whose tunings change independently. The series of variations are each inspired and suggested by the current state of the 2-guitar tuning.

The fermentations are difficult, and demand unusual things from the players, who are often asked to read “at pitch” in the score, when they’re tuned in a complex scordatura. #4, a good example of this, is the only fermentation that may stand alone as a piece, and has its own title: 34 More Chords: Charles Dodge in Putney (a reference to a piece I wrote for Christian called 34 Chords: Christian Wolff in Hanover and Royalton, itself an orchestration of Feldman’s Christian Wolff in Cambridge).

James Moore and Elliot Simpson have done a remarkable job in recording this work, and I am amazed at their virtuosity and musicality, and extremely grateful for what they’ve done.

two guitars quietly play a melody together; one keeps repeating it, never the same... the other gradually drifts away, getting lost in resonance... sine tones gently add harmony... a door opens and the guitars are in the street... the melody is slowly forgotten.

Bandcamp Daily  your guide to the world of Bandcamp